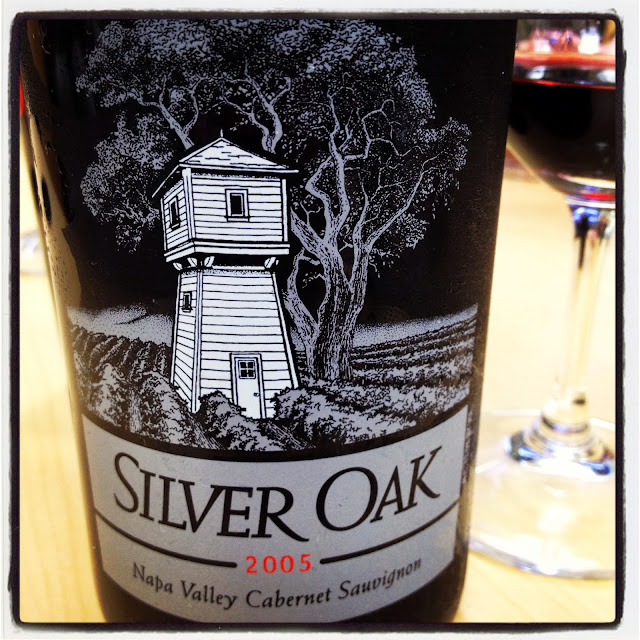 I got the chance to taste this wine yesterday in a blind taste test. The nose was earthy, and barn-like, with hints of hay. Not exactly my favorite scent. The flavor was similar, with just a hint of blackberry fruit.

It was a cab. In fact, it was the 2005 Silver Oak Napa Valley Cabernet Sauvignon, a bottle which retails for $125.

The wine was a bit too cold when Wilfred opened it for us to taste. As it warmed up the flavor of the grape came through a bit more. Of course at this point he had also revealed what the wine was. I thought it tasted better at room temperature, versus when he first opened it. Or did I think it was better because it was Silver Oak? I don't know.

This is one of the important reasons wine judges taste wine blind, you don't want to be influenced by a brands reputation and what you think it should taste like.

Wilfred rated the wine 88 points, which is not as high as you would hope, or expect, for a Silver Oak Cabernet. The 2009 Silver Oak Napa Cab is getting released in a few weeks. Wilfred gave it 91 points. I can't wait to taste this one.

And yes, this is a regular thing at our office. #BestJobEver
Posted by Kris Mulkey