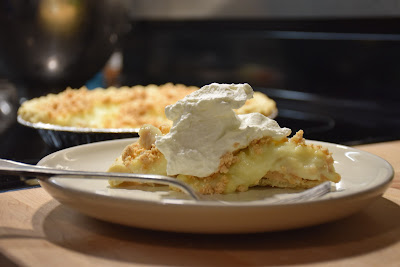 Think creamy vanilla custard with a buttery crust and creamy peanut butter. It's heaven on a plate.

Before Don and I were married we were living in Houston, Texas. We had a few favorite restaurants we would frequent on a regular basis. One of them was called Calypso Caribbean Cuisine. They had really great jerk chicken and pork, and ginger chicken with mango. But our very favorite thing was dessert, specifically, their Peanut Butter Pie. The peanut butter crumble on the crust topped with vanilla custard, homemade whipped cream, and a few more peanut butter crumbles on top made our mouths water. The recipe was handed down to Tim McGann from his mother. A family gem for sure.

Lucky for us, the great chefs and caterers in Houston put together a cookbook with some of their favorite recipes. Our favorite Peanut Butter Pie recipe was in the book, so of course, we grabbed a copy.

There are a few other amazing recipes in this book. There's one from Carrabba's - before they were a chain. And were one of the hardest restaurants to get a table at.

Other restaurants include Cavatore's, La Tour D'Argent, Ninfa's, Post Oak Grill, Rao's, Four Seasons, Jalapeno's (famous spinach enchiladas), Adam's Mark, Backstreet/Prego, Jack's on Woodway, Fu's Garden, and more. I have no idea if any of these restaurants are around anymore, but the recipes stand the test of time. And now that I've rediscovered this cookbook I can't wait to make the artichoke fritters with curried yogurt sauce recipe from the Rainbow Lodge. 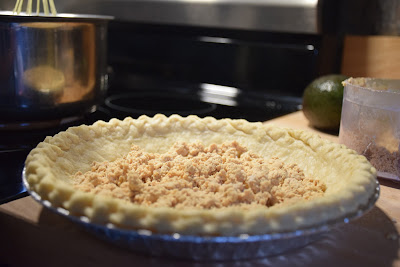 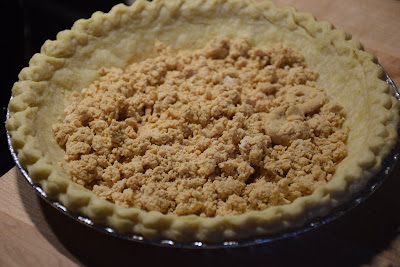 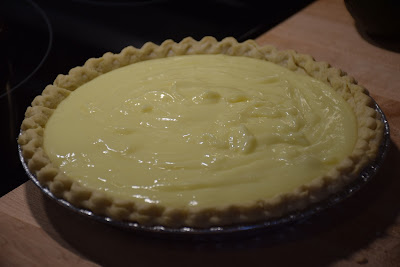 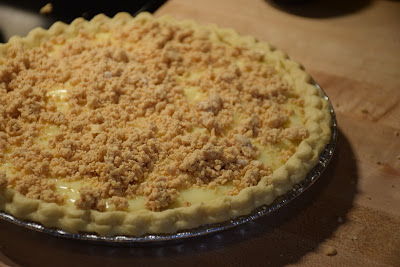 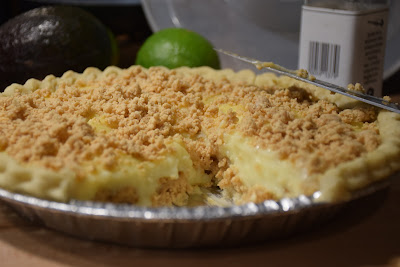 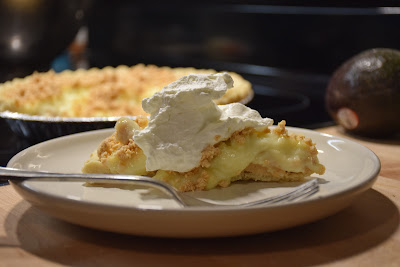 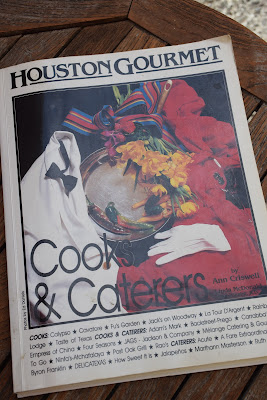 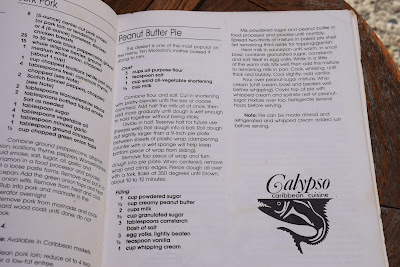 Combine flour and salt. Cut in shortening with pastry blender until the size of course cornmeal. Add half the milk all at once, then add more gradually until dough is wet enough to hold together without being sticky.

Divide in half. Reserve half for future use (freezes well.) Roll dough into a ball. Roll dough out slightly larger than a 9-inch pie plate between sheets of plastic wrap. Dampening counter with a wet sponge will help keep bottom piece of wrap from sliding.

Remove top piece of wrap and turn the dough into pie plate. When centered, remove wrap and crimp edges. Pierce dough all over with a fork. Bake at 350 degrees until brown, about 10 to 12 minutes. Let cool.

Mix powdered sugar and peanut butter in food processor and process until crumbly. I use my mini food processor. Don't over mix. You want it to be crumbly. Spread two-thirds of the mixture in baked pie shell. Set remaining third aside for topping/garnish.

Heat milk in a saucepan until warm. In a small bowl, combine granulated sugar, cornstarch, and salt. Beat in egg yolk. Whisk in a little of the warm milk. Mix well, then add this mixture to remaining milk in the pan. Cook, whisking until thick and bubbly. Cool slightly; add vanilla.

Note: pie can be made ahead and refrigerated and whipped cream added just before serving. I do this most of the time unless we are serving it at a dinner party. I just sprinkle the remaining peanut butter mixture on the custard then add whipped cream to each slice.

Crust: You can use a store-bought crust. I do that all the time to save time.