I've never really thought about making home-made tortillas. But I love eating them.

My favorite is the Mexican restaurants that have someone sitting at one of those tortilla making machines rolling dough and placing little dough balls in the machine which then magically spits out one delicious tortilla after another. I could seriously go to one of these restaurants and eat warm tortillas with butter, salt or guacamole and salsa for dinner - and not eat anything else. Of course I would have a margarita or two, too. But we're not talking about that today.

So this summer when Elli came home from Steve and Kate's camp talking about making yummy tortillas I thought I would look into it.

Of course I forgot. Until recently, when I found a recipe in my new client's in-store magazine called Something Extra. It was a sign. It was time to make tortillas. 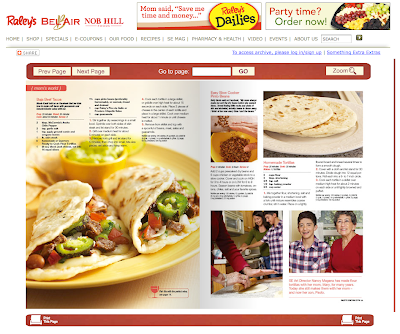 So on Saturday morning I made homemade tortillas for breakfast. We topped them with salsa, a fried egg and a little bit of cheese. Mmmm,mmmm,mmmmm.

They were so easy. I'll definitely make them again. 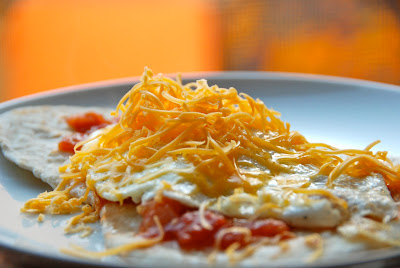 1. Combine the flour, shortening, salt and baking powder with a fork until it resembles course crumbles.
2. Add the water, stir to combine.
3. Place dough on a floured surface. Kneed a few times until it's smooth.
4. Cover with a dishtowel. Let rest at least 30 minutes. (I rushed the first batch. Don't do that.)
5. Divide dough into 12 equal parts. Roll each piece with a rolling pin into a 6-7"circle.
6. Heat a non-stick pan on medium-high, place tortillas on the pan, cook ~2 minutes on each side, or until slightly browned and bubbly.
7. Eat and enjoy.