I did it again.

I made the most disgusting chili. Honestly, I didn't think it was possible to make the most miserable chili on the planet two times. (The last time I used a Bobby Flay Recipe. This time I tried a recipe in Food and Wine Magazine.)

I have successfully ruined chili twice. As in unedible chili.

I should create some sort of trophy for myself. It was so bad we ate the pepperoni pizza I got for the girls to eat. And it tasted like grade school cafeteria pizza. I wasn't even able to buy a frozen pizza that tasted decent.

Then to top it off, I dropped the apple pie I made upside down on the oven door as I was pulling it out of the oven. It slipped right off the cookie sheet. SPLAT! onto the oven door. I seriously had bad kitchen mojo.

The apples and juice were everywhere. The fruit fell between the door and the floor and spilled in the drawer where all the pots and pans are. I had to pull out the drawer and wash everything inside. Including the drawer.

I cleaned everything up and made myself a bowl of the chili. 'Cuz I refused to admit that it was unedible.

Don came in the kitchen and found me eating the bowl of the chili.

"I'm going to rename your blog the MARTYR CHEF." he said.

"Very funny. It tastes better now that we've added more stuff to it." I respond as snotty, and immature as possible.

"You're such a martyr." he says. "Why didn't you didn't make the corn bread." he said. (He saw cornbread ingredients on the counter. But no cornbread.)

"Why would I make the cornbread? The chili sucks. You're going to eat pizza." I say with a little bit of psycho chic taking over.

All this time the poor guy is reaching for a bowl to get chili. He's probably thinking to himself. "Geez, I have to eat this horrible chili so she won't feel bad. Wait? Did she say I can have pizza? I think I'll just put the bowl back and grab pizza and leave before SYBIL eats me alive."

Apparently he's not too scared of me, because he popped in the kitchen one more time. "Why did you make chili with short ribs anyway?"

"BECAUSE I WAS MAKING A NEW RECIPE THAT I READ IN FOOD AND WINE MAGAZINE USING SHORT RIBS. SEE?!?!?! (and I point to the recipe on the fridge.) IT WAS SUPPOSED TO BE REALLY YUMMY. THAT'S WHY!!!!!" humph.

Poor Don slipped away with his crappy pizza and ate it while watching the baseball game.

The minute he left the kitchen I put the bowl of chili down. It was disgusting. Then I tasted the pizza. I honestly think it was more disgusting. So I poured myself a glass of wine and a bowl of goldfish crackers (which Sam the dog proceeded to stick his nose in and eat) and here I am now.

Here's a pictorial of my Saturday. Enjoy. 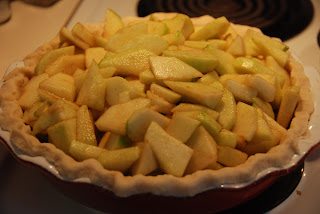 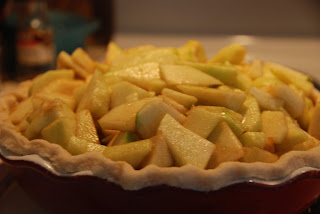 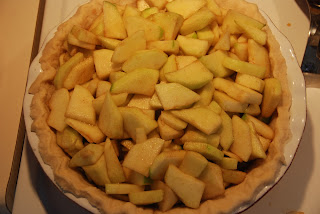 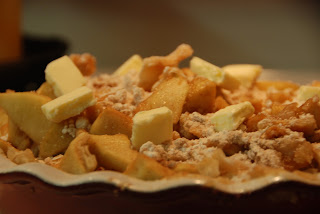 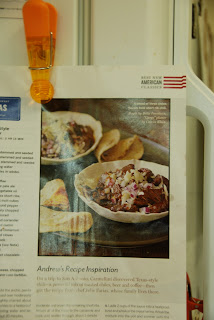 Oh well. You win some. You lose some.

Today the kitchen won. I lost.