School's out for summer! 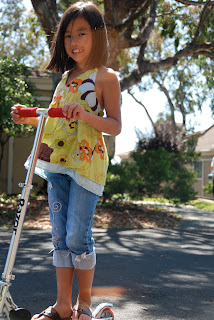 She's really excited for the summer break. I'm less excited. Summer is great as a kid. But as a working parent it's not so much fun. Figuring out the whole camp thing is a royal pain. And figuring out how to pay for it is even more painful. We need about $x,xxx to pay for full-time summer camp. Unfortunately, we don't have that much this year. So we're going to have to be creative. Try explaining to your child why they can't go to camp all summer. It's a tough reality to deal with. But Elli is a trooper.

I have three out of the ten weeks planned out. We are going on a family vacation to Tahoe for one week and I have her booked for two weeks of Circus Camp in July. School starts up again August 25th. I have a feeling it's going to be a very long summer unless I win the lottery, get a bonus or find a buried treasure.

Elli is trying Circus Camp for the first time. It's in San Francisco and it sounds like a really fun camp. The kids get to learn acrobatics, clowning, juggling, stilt walking, rolling globe, tight wire, rolla bolla, trampoline, flying trapeeze, aerial arts, music and more. We may be able to extend her weeks if she likes it. I don't think they are totally booked. And it's much easier to pay as you go versus paying all up front.

Elli is quite the little acrobat. So I'm sure she'll be doing stuff like this in no time! 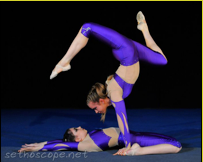 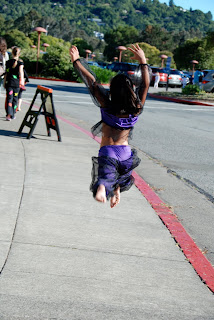 After that, she'll be hanging out at our store with Don and I'll take as many days off this summer as I can so we can hit the pool. We'll probably coordinate some play dates with other kids that are not doing many camps this summer. We're not the only ones that have been hit hard financially this year. Just about everyone we know has.

What are you (and your kids) doing this summer?
Posted by Kris Mulkey