Kids and their blankies.

Elli has two blankies. We gave her both blankies the minute we adopted her when we were in China. She immediately decided that the blue blanket would be her security blanket. And it quickly became known as Blue Blankie. The other blanket is made by a company called Baby Lulu. So we call that one Lulu.

She loves these blankets almost as much as us. They are there for her when she's sad, lonely, happy, scared, stressed out, and tired. They are not allowed out of the house. So they are always there for her when she gets home. Otherwise, she would look like Linus dragging them around everywhere. Mr. Blue has had many surgeries over the years. But now he is beyond repair and she is much more gentle with him. She still finds comfort in him - especially when we're in a strange place. And yes, I'm still talking about a blanket.

And even now at 8 years old, she's not big on sharing him with anyone. Even her Mimi and Papa. And yes, all those ratty strings are the ends of poor blue blankie. 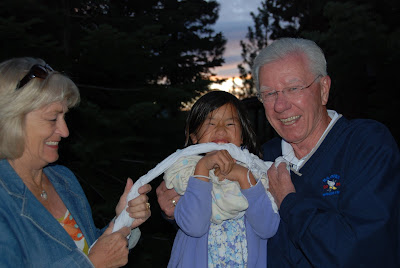 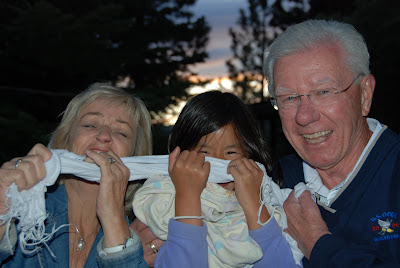 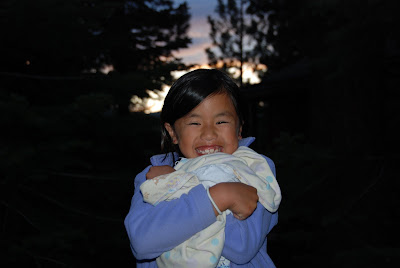 Did your kids have a favorite stuffed animal or blankie?
Posted by Kris Mulkey