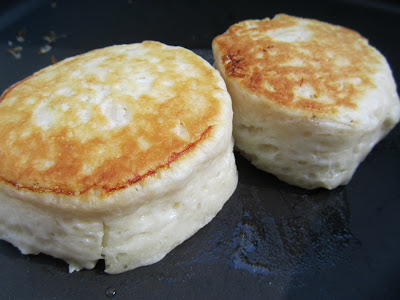 I'm sure you're tired of staring at dead fish.

Would you believe we made biscuits in a skillet on the grill when we went camping?

And they came out a-mazing. Just like in the oven. All you have to do is cover them with a lid or metal plate and flip them once.

Nicola, the other mom in our group, brought Pillsbury biscuit dough. She 'discovered the dough' before their last campout and was pleasantly surprised how well the biscuits cooked in a skillet with a lid. Yes, you read right. She had never seen Pillsbury biscuit dough before. I was like, HUH? REALLY? Then I remembered she's from England. They are missing out over there.

I wonder if she's tried the cinnamon rolls? They're a staple in our house, which could be why my jeans are getting a wee bit tight.

Thankfully she brought enough biscuit dough for everyone because there would have been some really sad faces at camp if we couldn't get a bite of one.

The girls were going to make scrambled eggs and were whining because they didn't have any bacon. I said "I have bacon!" I didn't know you could go on a camp out without bacon. The girls did a little happy dance and I started frying it up before the biscuits were even started. 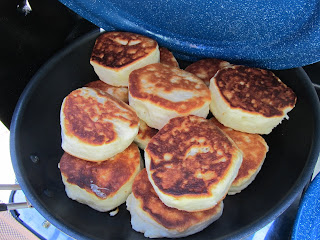 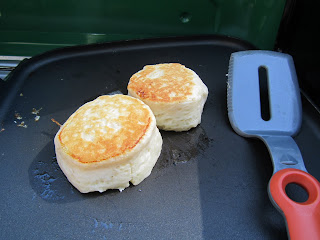 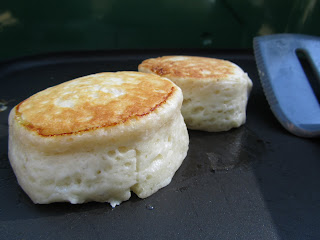 You can't have an egg and biscuit without bacon. It just isn't right. None of the weird turkey bacon stuff either. Real bacon. 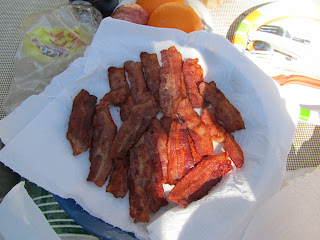 The girls made the creamiest, scrambled eggs ever. They have the magic touch. 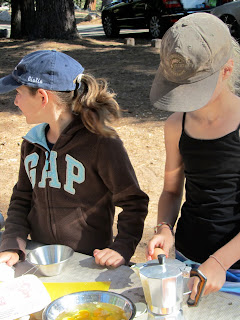 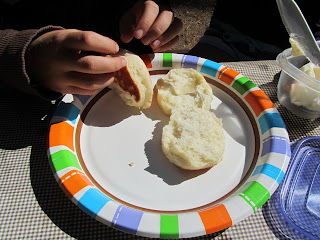 You don't have to go camping to have this either. You can make them this weekend on the grill. The whole entire neighborhood will be jealous.