Why I hate karaoke

Back in 2011 I was part of a fun, online writing club called The Red Dress Club. We would have different topics and word counts each week. The topic for this piece was Jealousy. We all have it. We all feel it. Word limit was 600. 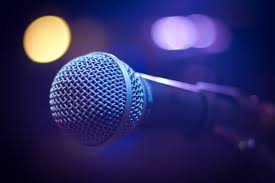 The bar was three deep, everyone anxious for that first cocktail. Small talk with co-workers is fun when it's your pals. But when you have to chitchat with people you hardly know it can be a bit awkward. Hence the mad rush to the bar.

The drinks went down fast. Pretty soon tequila shots were getting passed around and the room really started to buzz with laughter and smiles.

Everyone was starting to relax and have a good time.

The DJ was playing good tunes. It was too early to start dancing. But it wasn't too early to pick which song you'd sing for karaoke. The book of songs stared at me like a book of death. This was my most dreaded part of the party. The mere thought of singing in front of my co-workers made my stomach do flip flops. I could feel my armpits start to sweat. I would much rather kick someone's ass at a game of quarters. I could still remember exactly how to ping the quarter off the table into the cup of beer.

I sat there on the couch staring at the book and looking around the room. I felt like a fish out of water. I was a grown woman. I controlled millions of dollars for my clients and I was paralyzed by karaoke.

The funny thing is, I really wanted to sing. I used to love singing. Especially when I was in the car by myself. But I hardly did that anymore.

I was envious of my friends and co-workers as they got up there and belted out tunes. Most of them weren't very good. But they were such hams and were having so much fun it didn't matter. We loved it. We clapped along and jammed the dance floor.

Their faces were flush from their turn in the spotlight and keeping up with the lyrics. They nervously stepped side-to-side clutching the microphone until they got their rhythm.

It would be great if the book had a chicken-shit-starter-list for those of us afraid of hurling in public. This book didn't have that.

"Hey, let's do a group song!" my friends said. "What song do you want to sing?" they asked full of excitement. "Uhhhh." I said with a look on my face that said I would rather get a flu shot in the butt than get up there and sing.

My bosses were there. I didn't want them picturing my bad rendition of "Bohemian Rhapsody" or something else even lamer, when they were deciding who should get a raise. So I made up excuses and said I couldn't sing and sat there and watched liked a chicken, longing to be up there and wondering what the hell was wrong with me. It was just singing. Shit, they've already seen me cry. Why was I afraid to sing?

Before you know it the party's over and another year has passed without me singing.

My insecurities got the best of me again. I really need someone to kick my sorry chicken-butt and get in front of the microphone.

I'll do it for sure next time.