Where stuffed animals go to die 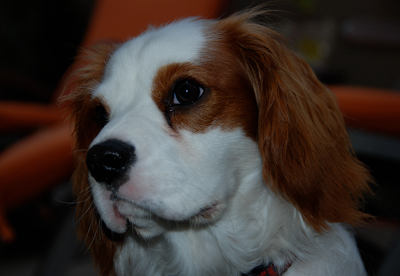 It did this to the poor piggy. 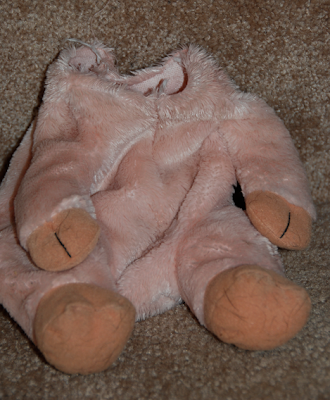 If you are a stuffy, you better stay away from my house. Because we are the house of death in stuffy-land.

When I see all the stuffing guts all over the living room I feel a little sad. I know that's lame. But I think I've seen Toy Story one too many times. I know the stuffed animals are not real. They don't have feelings, or friends. They are fake. Not real. NOT REAL.

Last night I had to throw away Elli's little alligator that she won at the fair. Bentley found it. Tore off a leg and ripped out all it's guts. I felt a little sad this morning when I opened the trash can and saw the alligator lieing there all dead. And now he's covered in coffee grinds. Sorry little fella.

So listen here Mr. Bentley. Unless you want to be banned to the kitchen the rest of your life you better straighten up. 'Cuz we're not buying anymore stuffies. We're done. And don't you dare touch Elli's American Girl dolls. You hear me? 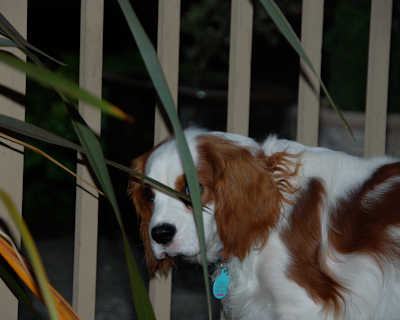 I know he's getting enough exercise and play time because Don takes both dogs to the park in the morning and at the end of the day. And they run and run and run until they are both pooped. Literally.

So he's just one of those stuffy destroyers. And plastic ball destroyers. And silicon rubber poached egg holder destroyers. He's also quite fond of prescription glasses, and corks, and ear plugs, and pencils, and lego's, Basically anything he finds on the ground. Thankfully, he has not discovered any of my shoes. Because that would be bad. Very, very bad.
Posted by Kris Mulkey