"A Gentleman's Guide to Love and Murder" is clever and hilarious

Don and I went to the opening of this musical in San Francisco. And I have to admit, I had a crush on Kevin Singer, the lead character who plays Monty within the first 5 minutes. He's cute, charming, witty, and even though his character has some serious flaws you can't help but love him.


“A GENTLEMAN’S GUIDE TO LOVE AND MURDER has a little bit of everything - hilarity, romance, and a little bit of suspense - with a score full of clever, witty lyrics and beautiful melodies,” said Carollo.“We have an amazing team lined up both onstage and off who will bring you a highly entertaining show.”

A perfect blend of farce, romance, and treachery, A GENTLEMAN’S GUIDE TO LOVE AND MURDER won the Tony for Best Musical in 2014, and now you can see it in the Bay Area for the professional premiere! 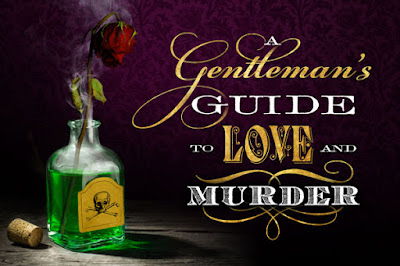 What's it about? Well, it's 1909 when a local commoner named Monty finds out he’s eighth in line for an Earldom, he begins fiendishly plotting to move to the top of the heap. The problem is this family doesn't even know he exists! With a sparkling score and a crack ensemble cast, this GUIDE is part comedy of manners and part music hall romp—you’ll be dying of laughter. And I was. The costumes and casting are just great. And the creativity of the set really adds to the fun of the show. Lots of fun surprises!

I just love going to the Gateway Theatre. It's quaint in size, but the productions are big with talent and always impressive.

Let me know if you go! I would love to hear what you think.